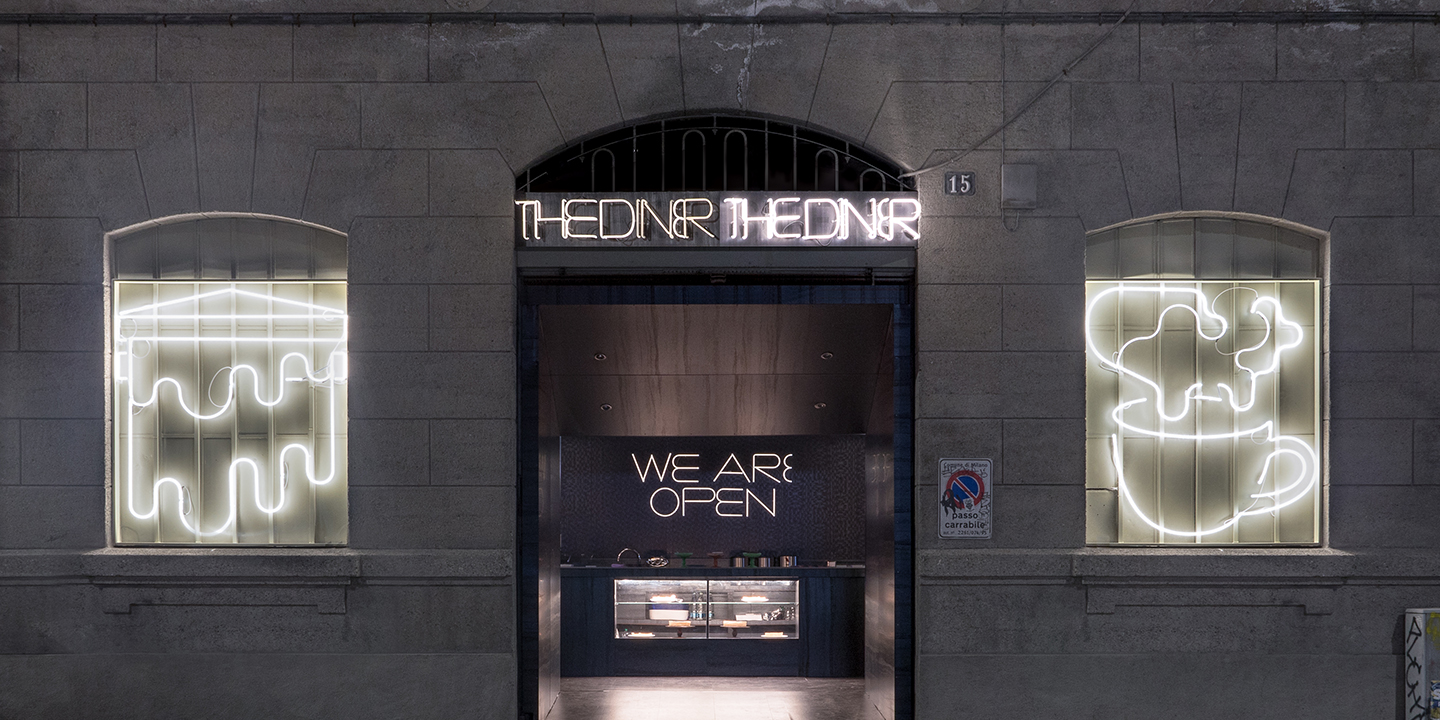 The Diner, a week-long pop-up restaurant at Milan Design Week, offered a coast-to-coast experience through the United States. Located at Ventura Centrale, the site was transformed from the previously abandoned arch under the railway tracks at the Milano Central Station. The Diner’s entry vestibule took cues from Airstream trailers, with metal-clad walls and ceiling and its perimeter displaying postcards depicting diner life. Inside the vaulted space, four distinct environments were created: Roadside Diner, East Coast Luncheonette, Midwest Diner, and West Coast Diner. Each environment’s aesthetic was reinterpreted with a modern twist.

The installation became the place for conversations about the past, present, and future of American design during Milan Design Week. During the day, The Diner offered a contemporary take on American food and drink and featured a conversation series. At night, the space transformed into a nightclub, featuring performances and parties. The Diner was a major attraction in Milan, attracting over 25,000 visitors and among the 200 other exhibitions and events across the city, it won the award for “Best Engagement” from the Milan Design Awards.